Title: Made of Most Beautiful Things
Author:

sherry_doll (tumblr)
Summary: Every year, the fae come to the human world and brand five infants with the Mark of the Fae. Eighteen years later, those five humans disappear, some leaving behind the bloody remains of their loved ones, other ones vanishing without a single trace. Even after hundreds of years, nobody knows what happens to the Marked once they disappear, or why the fae are stealing humans. All that anyone knows is that no one can stop it from happening; the only thing to do is wait for the clock to count down.

It's been eighteen years since a fae burned a Mark into Sam's forehead, and Dean still doesn't know how to save his brother.
( Collapse )

Title: A Beginner's Guide to Communing with the Dead
Author:

sherry_doll
Fandom/Genre: SPN
Pairing(s): Dean/Cas, background Sam/Jess
Rating: NC-17
Word Count: ~77,000
Warnings: Language, sex, minor goriness
Summary: Maybe it's the little girl whose disappearance turned into a murder, and whose murder turned into a cold case, and who has now apparently decided to move in with him. Maybe it's the unacceptable hole left in his life when his dumb best friend and partner in (the prevention of) crime decided to go and get himself killed. Maybe it's his brother, whose high-profile career and fantastic girlfriend and first-child-on-the-way are steadily leaving Dean in the dust. Pick one. Pick all of them. The why doesn't matter so much as the what, and the what is this: Dean is pretty sure he's going completely, certifiably insane. Sure, he hasn't started wearing all his clothes inside out, and he still showers on a regular basis (anyways, that's not crazy, just a little eccentric); but there's no getting around the fact that he just threw away his life, his career, and his reputation by dragging out his mom's old necromancy book and summoning a Class A Forbidden Entity to his attic. A cranky one, too. With horrendous bed-head. 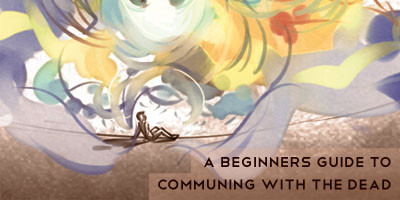 Title: cappuccino, pleaseArtist: sherry_dollCharacters/Pairings/: SpamanoRating/Warning: ROMA YOU SULTRY THING Y U LOOK LIKE A GURL and why is Spain's hand up your shirt oh mySummary: Happy late Valentines' day, everyone! |D

Title: sun of a gunArtist: sherry_dollCharacters/Pairings/: Spamano.Rating/Warning: Okay, so they're both shirtless. But nothing too explicit, I think.Summary: The only reason why it's called that is because that's the song I was listening to when I drew it. I:

Title: you are my sunshine
Author/Artist: sherry_doll
Characters/Pairings: Spamano, nothing else, really.
Rating: M
Warnings: Cursing, light squick at the focus of teen!Roma/adult!Spain romance, angst and badly written smuttish scenes. Also, Too Much France and mildly OOC!Antonio.
Summary: You'll never know, dear, how much I love you - please don't take my sunshine away. AU, teen!Roma/adult!Spain. Age is just a number.
ALSO, JUST A QUICK NOTICE: I'll be participating in the World's Greatest Shave and going bald on March 15th! Please donate to the cause, it'll really help. ;w; My page is here. If you can't donate please do at least spread the word! Every little bit counts towards finding a cure for leukaemia and supporting those with the disease.

Title: neighboursAuthor: sherry_dollCharacters/Pairings: GerIta, slightly hinted but not really SpamanoRating: TSummary: ...should be there for one another when they lock themselves out and need to get themselves back in really quickly or else the pasta will burn, ve! Poor Ludwig never saw it coming.

Title: OHSPAGNAWHATAREYOUTHINKINGArtist: sherry_dollCharacters/Pairings/: Spamano. |DRating/Warning: Romano looks naked but really, you can't see anything.Summary: Because Spain is a pervert, and THIS IS WHAT HIDES BEHIND HIS SMILING FACE.

Title: cut.
Artist: sherry_doll
Characters/Pairings/: Femano with short hair.
Rating/Warning: None
Summary: Some one cut it. She's not really happy about it.